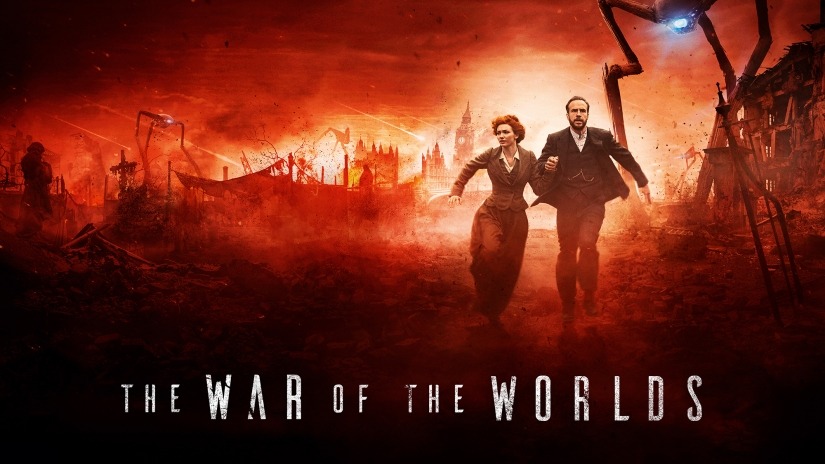 It’s #FogboundFriday again and here’s all the latest news regarding what’s happening in my world of Writing..

I am in the process of outlining book 2 as we speak – looks like it might be quite a bit darker! I have a very rough outline of book 3, but it isn’t much more than the start and end at the moment and several key scenes I want to include. All that will change as I get closer to the end of writing Book 2.

The working title for book 2 is Fogbound: Empire in Ashes but that’s by no means final.
If you have any good ideas, then feel free to let me know your thoughts either through email, facebook or twitter.

Talking of which I’m thinking of starting a Fogbound Group on Facebook for all sorts of Q+A and comments about the book, the world setting etc. Let me know if that is something you’d be interested in.

Fallen Angels
Over the weekend when my collection of short stories was available for free on Amazon we received 2,500 downloads, which was pretty cool.

My thanks to any of you who signed up on the mailing list from that promotion and hopefully you will go on to like my other work – currently the steampunk epic – Fogbound: Empire in Flames, but there are new things stirring which I’ll talk about next.

BADLANDS Book 1 – The Crowman
This is the new project that I’ve been working on over the last couple of weeks. A series of Novella length books in a Western setting. When I say Western, be thinking gunslingers, cattle barons, rocky deserts and all that comes with that genre, BUT add in a heavy dash of supernatural, dark fantasy, technology from a lost age – and you’ll be somewhere close.

I was aiming for something like Deadwood meets Supernatural with a hint of the classic spaghetti westerns. Hardy folk making Faustian bargains in a world long after The Burning where pockets of civilisation exist between vast deserts of wilderness and Badlands.

I’m editing book 1 at the moment, but already have ideas for another two and at around 30,000 words each, they shouldn’t take too long before they are available for you folks.

So buckle on your gun-belt, keep those hellfire rounds dry and always remember to carry those bone charms – you never know when you might need protection from the weird that stalks the Badlands.

I know I keep on about leaving reviews, but it is the lifeblood for indie authors especially those selling on Amazon. In competition with the vast number of books there, good reviews help people make the decision to purchase one book over another.

So, if you have enjoyed any of my books, please leave a review if you can – it is really appreciated – and please tell everyone you know who might like the books about them. Reviews can be left at Amazon US or UK and at Goodreads.com

Fogbound continues to garner great new reviews as shown below.

“What a great idea for a novel!
Brilliant adventure and a marvellous, inventive setting. The characters are believable and interesting and the plot rockets along. Really enjoyed it!”

“The talents of this author shine in his debut novel through the tangible world building and bevy of fascinating characters.
We are thrown into a post-apocalyptic alternate London whose Queen Victoria lost the battle against Martian invaders. It’s a post-apocalyptic world, though, so the invaders are long gone, leaving behind devastation and strange plant life to trouble the survivors.”

“At last! I’ve been hanging out for a really great Steampunk novel for a long time now, and by crikey this is it.
This book has everything. Not only does it bring together practically every SP icon, but it’s put together seamlessly. Well written, with a fluid style that allows the story to burble along at a smooth and constant pace, and I love the vein of understated humor that runs throughout.
Great characters, great story-line, this one had me keen to get into it every morning (and for me that is the sign of a truly good book). I can’t recommend this highly enough. If you like SP do yourself a favour and grab a copy.”

“The premise of War of the Worlds meets Steampunk is what drew me to this book, and I wasn’t disappointed. The action was pretty much non-stop, and the plot twists were always interesting.”

They’re coming!
The War of the Worlds finally arrives on TV

The long awaited TV adaptation of HG Wells’ sci-fi classic will be aired very soon (October 2019). This collaboration between the BBC and HBO brings the tale much closer to the book’s original timeline in the late Victorian era.

An Edwardian timeline will still give that feel of desperation in the gulf of technology available to try and repel the Martian Invaders.
Check out the trailer here: YouTube Trailer

Thanks to the BBC + HBO for their excellent timing as this is the backstory to my book Fogbound: Empire in Flames so maybe we might see a bit of a boost in sales as people find a new novel that touches on the destruction left after the invasion? Fingers crossed.

That’s all for now, so until next time, Be Splendid to one another.

eBook Deals for October
ALL FREE on Kindle Unlimited

Fancy a great read at a bargain price?
Check these great offers from other fantastic SF and Fantasy authors.

Humans are going missing in a city where dragons and humans live side by side. Screams are echoing through Drummbek castle.

The others might try to ignore it but castle maid Tabitha knows in her gut that something is wrong. But what can one girl do?

Instinct drives her to find the truth and deal with it. But that means putting her family and the man who plays on her thoughts at risk.

Out in the Wastelands, Del, an exiled veteran dragonslayer, knows exactly what’s happening in the castle. She has unfinished business and she’s making her way home.

A fast-paced action-adventure fantasy, Matter of Time is book one of the Last War Trilogy.

A clumsy school girl with the magic of a goddess. Mechanical beasts attacking her friends. Can she become a divine warrior and save the floating city?

Fifteen-year-old Riwenne is bad at school, chronically late, and lost in a daydream, but she has help from her best friend, Nexita—until the two of them get separated.

During the mysterious test on Choosing Day, they both wanted to become priestesses, an important job in the sky city. But only Riwenne became a novice, and Nexita was chosen by the engineers. Now she’s on her own for the first time in her life.

When a talking bird tells her that her best friend is under attack, Riwenne faces her worst fear. She must become a divine warrior and save her best friend from mechanical beasts!

As she juggles warrior training and priestess duties, Riwenne can’t let herself get distracted. She must recruit other warriors and lead the quest to find out the mystery behind the mechanical beasts, but most of all, she must follow her heart.

If she trusts the wrong person, she’ll face the gods’ judgment.

Riwenne & the Mechanical Beasts is the first book in a steampunk fantasy series for teens. If you like magical girls, monstrous machines, and high-flying adventures, then you’ll love Kristen S. Walker’s series of guns and gears.

Rescue on Gimhae: Stories of the Orphan Corps 1
by Earl T Roske

Could Sgt Seavers’s mission kill him?
Yes. Yes, it could.

Sgt Seavers of the Orphan Corps is having a run of bad luck. First, he gets in a fight with three marines while on a space station. Second, he wins that fight. And now, after learning he was being considered for officer candidate training, he is informed of his penance.

Can Seavers handle a resentful platoon of Marines? Can he do it while delivering medical aid to a suspicious colony of terraformers?

To get back his chance at officer candidate training, he’ll do his best. Or die trying.

If you love a good military adventure, crossed with sci-fi worthy of Andre Norton and Asimov, then Rescue on Gimhae is the story you’re looking for.

Strap in, hang on. The journey begins now

Since the murders, which happened just three days after her sixteenth birthday, Sukina’s wanted vengeance.

So, she spends her early adulthood training to become a killing machine and writing novels that expose the king’s ‘perfect utopia’ as not all that great.

When the new King Cini sends assassins to kill her, she realises that she has two options: either kill the king or die.

But in her quest to do so, she encounters even greater forces that are threatening the planet and also has to learn a few things about herself.

Download the prequel to the much-loved Dragonseer today and discover the origins of many readers’ favourite character, Sukina Sako.

This is her story.

JOIN MY COMMUNITY ON PATREON

WHERE TO BUY MY BOOKS